SPJ Western Regional Conference (Region 11), April 29-30, 2016, Heard Museum, Phoenix. NOTE: Panel times and locations are correct as of April 26. Check this page for updates as the conference nears. Event hashtag is #spjwest. Also: Here’s a map of the Heard Museum campus with conference locations highlighted. NOTE: South is at the top; north at the bottom. 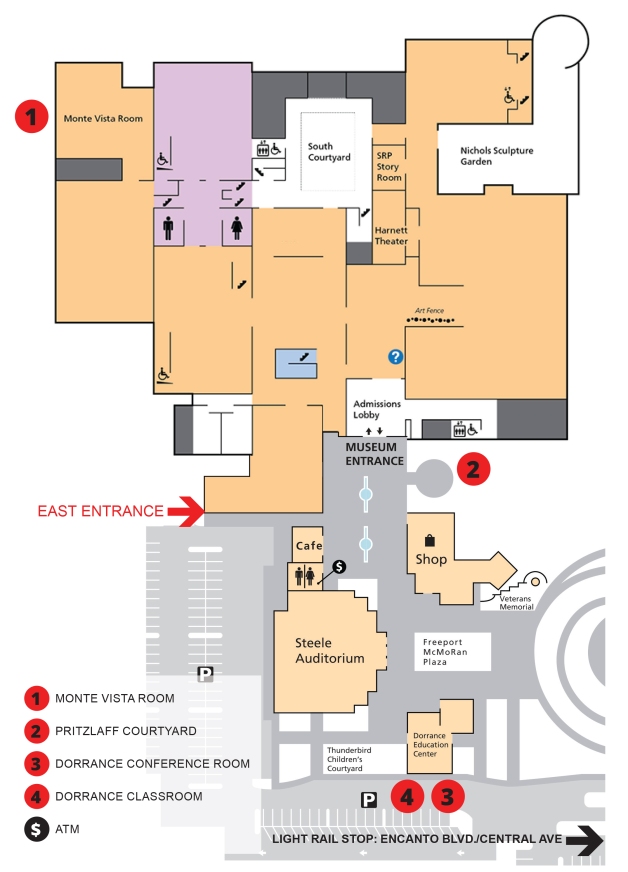 Panel 2a: (Re) Branding Yourself. Description: A byline isn’t enough any more, but what makes someone a real, effective, digital-age journalist? We give you the tips on how to stand out and make yourself more marketable. Speaker:  Robin Phillips, senior content developer at Castelazo Content, a content marketing firm that specializes in technology. Location: Dorrance Conference Room

Region 11 Mark of Excellence Luncheon. SPJ honors the best collegiate journalism in 2015 in Arizona, California, Hawaii and Nevada. First place winners have their work go on to be considered against that of first-place winners from SPJ’s other 11 regions for national honors this fall.  Location: Monte Vista Room

Panel 3a: Covering the Race Beat. As the U.S. grows more diverse, so will reporting. In this panel, you’ll hear from journalists of color about how to make your reporting better reflect the growing communities of color, ethnicities and religions.Moderator: Debra Utacia Krol, freelance journalist. Speakers: Jeanne Eder, emeritus professor of history, University of Alaska, Anchorage; Felicia Fonseca, reporter, The Associated Press. Location: Dorrance Classroom

Panel 4a: What You Can Learn from the Las Vegas Review Journal Controversy. The newspaper’s staff stood up to internal pressures and aggressively pursued the biggest story in Las Vegas: Who had bought the newspaper? Speaker:  Deputy editor Jim Wright, in a conversation with SPJ President-elect Lynn Walsh, investigative journalist, KNSD-TV, San Diego. Location: Monte Vista Room

Post-Conference Gathering. Join us at a location well-known in the history of Phoenix and of American journalism: We’ll gather to debrief and decompress at the Sky Deck bar atop the Clarendon Hotel and Spa. Chat with Bob Richardson, Phoenix-based field producer for NBC News, who has spent more than five decades in journalism. In this hotel’s parking lot 40 years ago a bomb exploded under the car of Arizona Republic reporter Don Bolles; the question of who is responsible for his death is debated to this day. We will raise a toast to his memory. 401 W. Clarendon (short three-block walk west of light rail stop: Central Avenue/Indian School Road).