Phoenix, AZ — The First Amendment Coalition of Arizona (FAC-AZ) has announced the 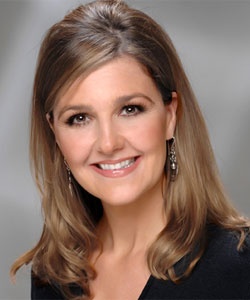 winner for its inaugural S.T.A.R. Award. The acronym stands for “Supporting Transparency and Advocacy Recognition.”

The award will be presented to Wendy Halloran, investigative reporter for KPNX-12 News, for pursuit of public records relating to her story, “Watching Tony Die.” Halloran will receive her award at the 2013 Rocky Mountain Emmy Awards Gala and Auction, Saturday, Oct. 19 at the University of Phoenix Stadium, in partnership with the Rocky Mountain Southwest Chapter of the National Academy of Television Arts & Sciences (NATAS).

Halloran first requested public records from the Arizona Department of Corrections (“ADOC”) in the fall of 2010, shortly after Anthony Lester died at the Manzanita Detention Unit in Tucson. As she investigated the incident, Halloran learned that ADOC officers who responded to the call in Lester’s prison cell retrieved a video camera to document the incident. The resulting video depicted the officers’ response to Lester’s suicide attempt.

In June 2011, Halloran first requested that ADOC make a copy of the video available for inspection and copying. However, ADOC denied her request. In July 2012, Halloran renewed her public records request for the video. ADOC again denied the request, and denied her subsequent request on Sept. 6 as well.

Three days after denying that request, ADOC offered to allow Halloran to view the video, but continued to refuse disclosure of a copy of the video — despite no distinction in the Arizona Public Records Law between the rights of inspection and copying.

On Sept. 20, 2012, Halloran viewed the video. She renewed her request for a copy of the video on Sept. 24, and narrowed her request, seeking only the first 12 minutes of the video that involved ADOC’s response to Lester’s injuries. ADOC again denied Halloran’s request, citing only Lester’s “personal privacy” interests – a dubious legal proposition because courts rarely recognize privacy interests of the deceased.

Having exhausted all attempts to convince ADOC to comply with the law and release the video, KPNX and Halloran filed a Special Action against ADOC on Oct. 2, 2012. ADOC continued to resist disclosure of the video, first requesting that the case be transferred to the judge who was presiding over the Lester family’s wrongful death lawsuit, and then filing two separate responses to the lawsuit. In its responses, ADOC asserted for the first time that disclosure of the video could pose a threat to prison safety and security, and prejudice the jury pool in the civil case. In addition, the agency continued to cite the privacy interests of Lester and his family to oppose disclosure of the video – even though Lester’s family did not object to disclosure.

On Nov. 21, 2012, Arizona Superior Court Judge David M. Talamante ordered ADOC to produce the video to KPNX and Halloran, finding that ADOC failed to meet its burden to withhold the video under the Arizona Public Records Law. Judge Talamante rejected all of ADOC’s arguments, and suggested he was inclined to grant KPNX’s request for attorneys’ fees. ADOC later agreed to pay more than $26,000.00 in attorneys’ fees to KPNX as a result of its wrongful denial of Halloran’s public records requests.

Halloran’s dogged pursuit of public records in the face of more than two years of stonewalling by ADOC led to the most accurate depiction of what happened to Tony Lester: the video showing exactly how ADOC’s officers responded to his injuries. She sought out informed opinions and analysis from prison experts and mental health experts. Nationally renowned expert, Dr. James Gilligan watched the video and called it shocking and unconscionable. At bottom, Halloran’s persistence and pursuit of public records will continue to shed light on Arizona’s prison system and the State’s treatment of prison inmates – an area of critical public concern.

The Valley of the Sun Pro Chapter of SPJ is a member of the FAC-AZ. To learn more about the First Amendment Coalition of Arizona, visit www.arizonafoi.com.