Rain in June? Sure, for now. But to quote Jeff Goldblum’s character in Jurassic Park: The Lost World, “Oh yeah, ooh, ahh, that’s how it always starts, but then later there’s running, then screaming.” Even though this summer in Phoenix has had a late start, it’s going to start, and SPJ will be there as it always does to toss cold beer in its face (or better yet, into a mug for you to drink) as we take refuge from the week of the longest days of the year. 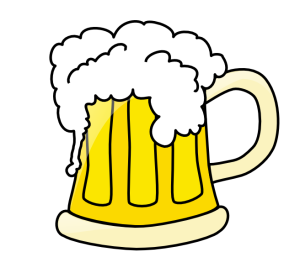 We will gather at the usual spot — it’s been so for years because it’s a great brew pub in central Phoenix — SunUp Brewing Co., 322 E. Camelback Road, Phoenix, a couple of short blocks east of the Central/Camelback light rail stop. Here’s the link to a map. .

We’re in the Brewers’ Den, a separate building across from the back patio, where we will quaff brew with a view of the big copper and steel tanks that hold the frothy stuff. Come early to get happy hour prices until 6 p.m.

We’ll pause for The Most Thrilling Two Minutes in Journalism (well, maybe): our annual chapter elections. Unless someone steps forward between now and then, here’s the slate our chapter members will be asked to elect for 2015-16 (term starting July 1):